You are here: Home1 / About the Owner 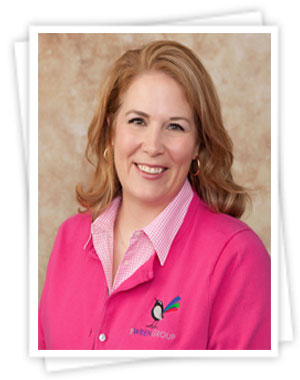 A 1993 graduate of North Georgia College with a major in political science and minor in fine art, Anne began her career in Atlanta as a marketing assistant for a large services company. Working her way up the corporate ladder, her eventual responsibility was regional administration of the company, which included work in accounting, administration, computer networks, and business services.

Anne then moved to the nonprofit sector, starting as a help-desk administrator and then promoted systems manager. In this position, Anne had total responsibility for the Zoo Atlanta software systems which included accounting and operations systems, gate admission and gift shop registers. After successfully managing the Zoo’s systems, Anne moved back into the world of for-profit corporations with a position at World Com. After leading a team of developers Anne was promoted to a project manager for one of the corporation’s web portals. With the demise of World Com, she was forced to begin looking in another direction.

The idea for business and accounting services started with a local electrical contracting company. During a management change, they needed someone to step in and transition the office. Anne stepped in and kept things running without affecting the day-to-day operations, then she hired and trained a replacement.

Taking a job as a procurement analyst with a major insurance company meant relocating to Philadelphia, PA. Large purchasing spreadsheets were created and responsibilities ranged from work with the technical support groups to detailed reporting for upper management.

When Anne decided Philadelphia was not home, she returned to Atlanta and started to formulate the concept for The Wren Group, Inc. The need for QuickBooks and business support was clear, and so the company began with one part-time client and has since grown over the last ten years to a company that serves not only accounting and bookkeeping needs but national sales and service of Intuit products.

Anne lives in Loganville and has two children—a son who is a senior in high school and a daughter. She also has two cats: Rufus (known as Fattimus Maximus) and Angus and two dogs: a soft-coated Wheaton Terrier named Nitro and a Black Russian Terrier named Cinder.